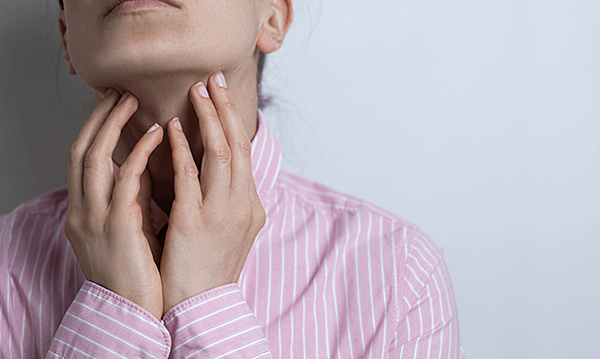 Hypothyroidism is the clinical condition that occurs when the thyroid works little, that is, when the thyroid is unable to produce a normal amount of hormone, adequate to meet the physiological demands of the organism.

how to know if you have hypothyroidism

When the concentration of thyroid hormone is reduced, the body’s cells are not properly stimulated and the physiological processes of the organism slow down. For example, the body produces little heat, and the patient easily suffers from the cold; the brain slows down its functions, and you have memory problems sometimes accompanied by a generally depressed mood tone; the heart slows down its frequency(bradycardia) the skin becomes dry In women of childbearing age menstrual irregularities appear up to amenorrhea, while in men erectile dysfunction appears. There are also alterations that the patient cannot feel, such as increased cholesterol levels(hypercholesterolemia).

The speed with which hypothyroidism develops can be variable, sometimes it can even take many years. A condition of mild hypothyroidism (subclinical hypothyroidism) may be associated with a total absence of symptoms, which are more severe as thyroid hormone production decreases. The severity of the symptoms, however, often does not correspond to the degree of alteration of laboratory data. Patients with very marked alteration of laboratory data can be completely (or almost asymptomatic).

Therefore, since the symptoms of hypothyroidism are almost never striking, and disorders such as fatigue or memory loss are very common, the only way to make a certain diagnosis of hypothyroidism is through blood tests. Other disorders related to hypothyroidism are represented by thinning and hair loss, muscle cramps, constipation, eye oedema, hands and feet, the appearance of going (increase in the volume of the thyroid). 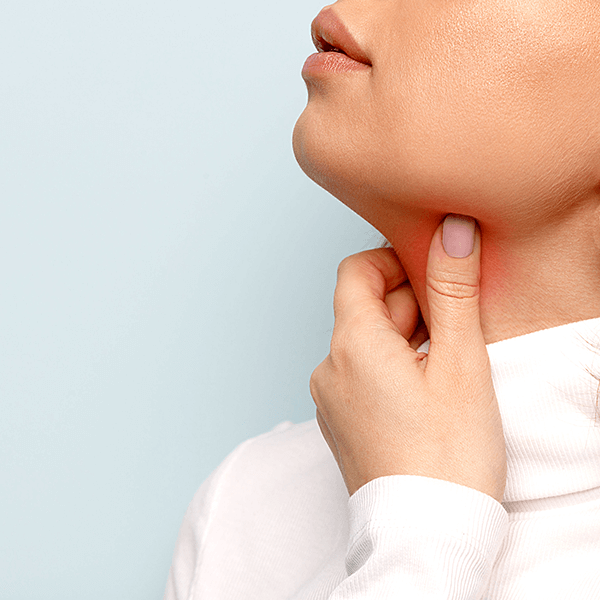 how to diagnose hypothyroidism

After suspecting the presence of hypothyroidism on the basis of risk factors, patient symptoms and doctor’s visit, the diagnosis of the disease is placed on the basis of a blood test that evaluates the concentration of TSH, FT4 and anti-TPO antibodies. TSH (thyroid-stimulating hormone) is the hormone produced by the pituitary, which stimulates the thyroid: if the patient is hypothyroid, the value of TSH is above the norm. FT4 is the acronym that expresses the active form of the hormone produced by the thyroid (T4): in case of hypothyroidism, its value can be both within and below the limits of the norm (in the first case it is milder hypothyroidism, in the second of more severe hypothyroidism).

Ab TPO is the acronym that expresses the so-called anti-tireoperossidase antibodies. They are the antibodies responsible for the most common form of hypothyroidism, that is, autoimmune. If the value of such antibodies is above the norm, it means that the patient has developed the autoimmune disease that progressively destroys the thyroid, making the patient hypothyroid.

The most frequent causes of reduced thyroid. hormone production is the following:

1) Autoimmune disease. The immune system normally protects the body from bacterial or viral external agents. In autoimmune diseases, the immune system mistakenly attacks and organ or gland of its own organism. In autoimmune hypothyroidism (also called chronic autoimmune or Hashimotothyroidism), the immune system attacks thyroid cells and destroys them resulting in reduced thyroid ability to produce thyroid hormone. Autoimmune hypothyroidism is more common in women than in men; it can begin at any age, but it becomes more and more frequent as the years go by. It often occurs in menopause, but it is not uncommon for it to occur in the months following childbirth. The cause of the thyroid autoimmunity process is not known, nor whether stress can play a decisive role.
2) Removal of all thyroid or part of it. Patients with thyroid nodules, thyroid cancer or medical therapy-resistant hyperthyroidism may undergo partial or total thyroid removal. If the thyroid is removed all, the patient is definitively hypothyroid; If the thyroid is partially removed, the patient can maintain normal thyroid function or become hypothyroid.
3) Radioactive treatment. Some patients with hyperthyroidism, toxic nodular going or thyroid cancer treatment may be treated with radioactive iodine (I131), with the aim of destroying the thyroid. In addition, patients with Hodgkin’s disease, lymphoma or cancer of the head or neck may require radiant treatment. All of these patients may lose all or part of their thyroid function.
4) Congenital hypothyroidism. Some (rare) infants may be born without a thyroid or with a malformed thyroid or placed in a non-normal site (ectopic thyroid). In other cases, the thyroid is present but does not work properly and is not able to produce a normal amount of thyroid hormones. In all these cases, the newborn is found to be suffering from hypothyroidism from birth.
5) Thyroiditis. Thyroiditis is an inflammation of the thyroid, usually caused by an autoimmune attack or a viral infection. Thyroiditis can result in an acute release in the blood of the hormone, usually contained within the thyroid itself, inducing an increase in circulating thyroid hormone. After the thyroid hormone has been released and the thyroid is damaged, hypothyroidism develops. This form of hypothyroidism can be transient if the thyroid is able to regain its function or permanent, resulting in definitive hypothyroidism.
6) Damage to the pituitary. The pituitary is a small gland that controls all other endocrine glands, and therefore also controls the function of the thyroid. If the pituitary is damaged (by cancer, surgery, radiation)(hypopituitarism), it is no longer able to stimulate the thyroid, which as a result, no longer produces thyroid hormone.

can hypothyroidism cause heart palpitations

Functional thyroid alterations can have a twofold following: excessive or non-production of thyroid hormones is responsible, respectively, forhyperthyroidism or hypothyroidism. When we talk about hyperthyroidism the patient’s metabolism is accelerated: the person is subject to heart palpitations, sweating, weight loss, fatigue, anxiety-depressive disorders and, more rarely to disorders of the attic and menstrual cycle in the woman.

hypothyroidism, opposite situation, it manifests itself with a slowing down of the human physique, so the patient is usually tired, feels cold, tends to gain weight, reports fatigue, presents slowing heart activity and, more rarely, wing disorders and menstrual irregularities in the
woman. But are the symptoms of hormonal alterations involving the thyroid always so obvious? 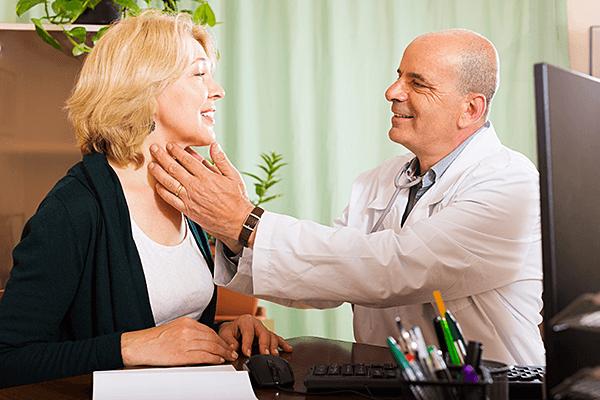 what is the difference between hypothyroidism and hyperthyroidism

That results in a decrease in the production of thyroid hormones.

This disorder slows down the body’s metabolism. As a result, hyperthyroidism involves the increased activity of the thyroid gland.

That causes an increase in the level of thyroid hormones circulating in the blood. In other words, hyperthyroidism accelerates the metabolism of the body.

can hypothyroidism cause anxiety

Thyroid disorders: a very common problem
According to a 2010 study in the United States on the spread of thyroid disorders, nearly 10% of the population has an undiagnosed thyroid alteration. The incidence was even higher in women than in men, and of this percentage, a good part had a depressive disorder.

This means that, as curious as it may be, some subjects are treated for depression, but do not experience any improvement or change because they have not received the correct diagnosis. It should be noted that, in addition to depressive symptoms, it is common to also experience marked anxiety. These two characteristics are part of the diagnostic label known as subclinical hypothyroidism.

Interestingly, this clinical reality has been known since 1825, when it was described as a “nerve alteration” of thyroid disorders. It is interesting to keep this in mind since, as explained in the Journal Thyroid Research, nearly 40% of people who have an underactive thyroid (or hypothyroidism) are at risk of depression at any one time.

how do you get hypothyroidism

The signs and symptoms of these two health conditions are simply linked to the overproduction or insufficient production of thyroid hormones.
Hypothyroidism is characterized by the following
signs:

Hyperthyroidism is characterized by the following signs: 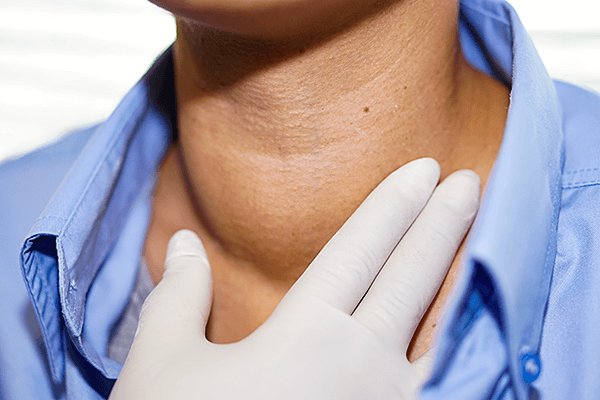 what happens if hypothyroidism is left untreated

Hypothyroidism, or underactive thyroid gland, is a common condition. It occurs when the gland of the thyroid does not produce a sufficient amount of thyroid hormones. This underproduction slows down the body’s metabolism, making patients feel symptoms such as cold, tiredness and depression. Hypothyroidism can result in weight gain that occurs even if you follow a strict diet and regular exercise. 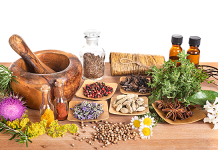 Discover all naturopathy remedies to treat the hypothyroidism 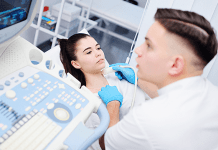 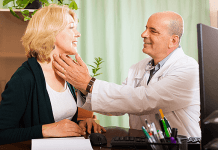 What is Subclinical Hypothyroidism? What are the causes?